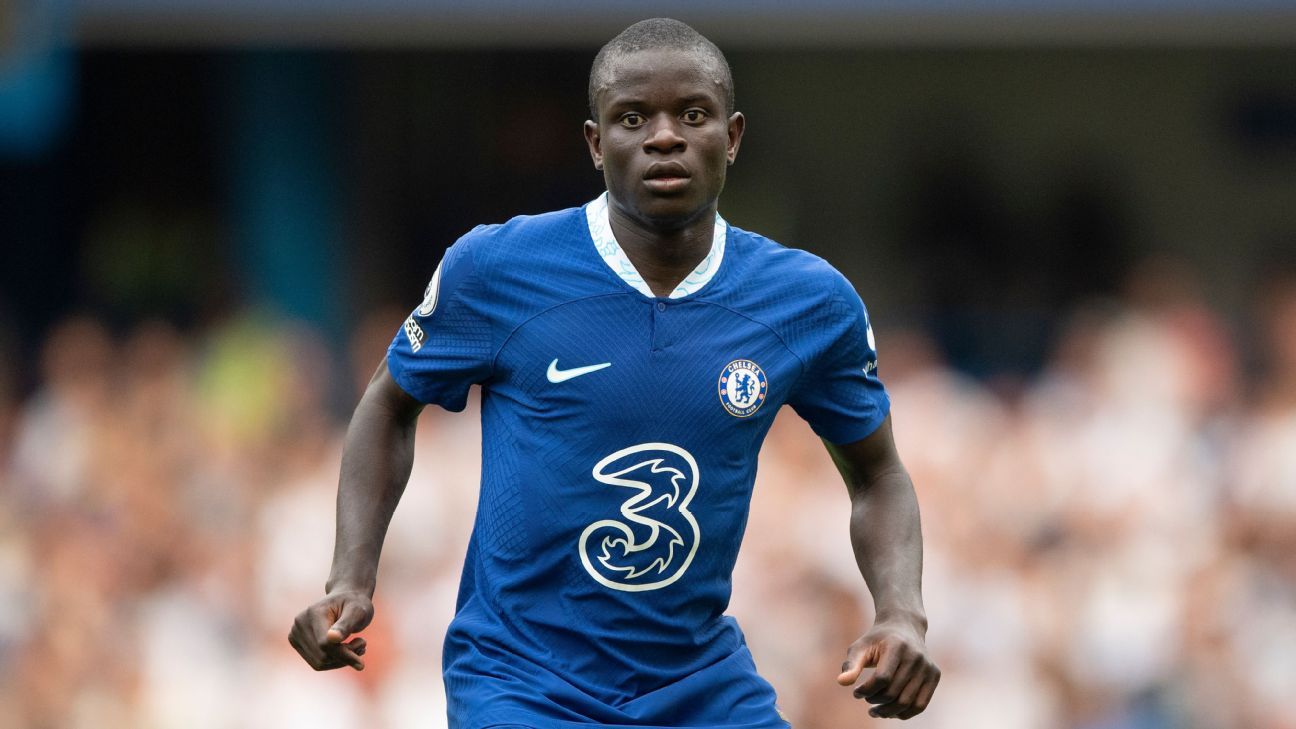 The 31-year-old midfielder limped out of last weekend’s 2-2 draw against Tottenham Hotspur after another excellent display of a great game came to an abrupt end, the latest setback in a career increasingly blighted by problems of Health.

– Notebook: Chelsea’s Pulisic ready for confrontational talks
– Ranking of each transfer between the big six clubs
– Which clubs make the most profit in the transfer window?
– Don’t have ESPN? Get instant access

And when asked about the latest on the France international’s availability, Tuchel said: “[It is] quite serious. We are talking weeks. It’s not good news. We are disappointed and sad because N’Golo was super important and super fit. He will be out for several weeks.”

Chelsea will also be without striker Armando Broja and Mateo Kovacic against Leeds, while Tuchel is awaiting the outcome of an investigation by the English Football Association into whether he will face a touchline ban after receiving a red card after the game. Final whistle against the Spurs.

Tuchel and his counterpart Antonio Conte were also accused by the FA of inappropriate behavior after colliding twice and the Chelsea manager is under investigation for comments he made about referee Anthony Taylor.

Mike Dean, the video assistant referee (VAR) for last Sunday’s match against Tottenham, later admitted that he should have asked Taylor to check out Cristian Romero’s hair-pulling on Marc Cucurella immediately before the corner that led to the equaliser. Spurs in stoppage time.

“I’ve since studied the footage, talked to other referees and, on reflection, should have asked Taylor to visit his pitchside monitor to see for himself,” Dean said in a column for The Mail+.

In response, Tuchel said: “I hope I’m not too honest, but if the mistake is so big and so obvious, what’s the point of not admitting it if everyone sees it?

“I’m having a bit of a hard time being completely blown away by the statement, I have to say. It’s so clear and obvious that I still can’t understand how a referee can’t make a decision that was the right one.”

Tuchel’s fight with Conte led to players and staff becoming involved twice, most significantly at the final whistle when a handshake between the two managers quickly turned into an argument.

“It’s very important to laugh at ourselves,” Tuchel said.

“Of course we laugh [about the handshake turning into an internet meme]. I was laughing in the locker room because it was the heat of the game and it still wasn’t that bad for me, it was a handshake, a handshake that was too long and too strong, I admit, but it didn’t hurt me, at least. from my part.

“He spoke to me in Italian, so I never know how we didn’t insult each other. The thing would have ended if there weren’t 20 people around us to make it look so much worse than it really was. But if you have [a] reaction like this, you need to live with the reaction to her.”