“MEIt was the day he turned 12, and of course he cried a little,” says Oleksandr Usyk quietly as he recalls how his daughter Yelizaveta’s birthday was overshadowed earlier this year on February 24, the day on which that Russia invaded Ukraine. The world heavyweight champion runs a hand through his damp hair, cut in the style of a Cossack warrior, and for a moment it feels like he’s back home on that terrible winter morning when the first bombs rained down.

“My wife talked to her and explained what had happened, and soon my daughter understood very well what we are all dealing with in Ukraine,” says Usyk. “It was difficult but she got it done and the main thing is that she is safe now. She will be alright.

On a fiercely hot Saturday afternoon for him in Dubai, nearly six months since that abandoned birthday party, the ominous shadow of war still hangs over Usyk as he prepares to defend his IBF, WBA and WBO titles against Anthony Joshua. This coming Saturday night in Jeddah, Saudi Arabia, Usyk and Joshua will step into the ring for their riveting rematch.

Usyk stripped Joshua of all his belts with a commanding performance in London last September. But all the fuss typical of a world heavyweight title fight, at least for the new champion, gives way to more human concerns. He is not interested in making predictions about what may happen behind the ropes, or if Joshua, who is now being mentored by Robert Garcia, the prominent Mexican-American trainer, will break his misguided strategy from the first fight.

All indications are that Joshua will take a much more aggressive approach and look to use his considerable physical advantages to try to hurt and even knock Usyk out. The Ukrainian is the superior and most natural fighter, with a skill set that Joshua can never hope to match, and Garcia has been outspoken about the need to intimidate and attack Usyk.

In response to the looming threat, Usyk has spent his long and arduous training camp building up his physique. He was majestic in becoming the undisputed cruiserweight world champion before, in 2019, he moved up to heavyweight, where most of boxing’s vast riches are on offer.

He beat Joshua in only his third heavyweight contest, but has apparently since packed on 30 pounds of muscle in preparation for Joshua’s renewed threat.

“In the first month of the war I lost 10 pounds,” Usyk says as he recalls how, like so many Ukrainians, he lost weight amid stress and worry. “But when I started preparing for this fight, I put on weight quickly and my team did all this amazing work to build my body. I don’t want to say much about the weight, but the main thing is that I feel incredibly fit and strong. You can see it in the gym, but I’m really going to show it in the ring.”

His team has posted videos on social media of Usyk looking formidable as he hits the heavy bag, and there are stories of how sparring partners were forced to leave camp due to the punishment they received. I’m more interested in whether, even though he now looks like a full-fledged heavyweight, Usyk will retain his usual speed and prowess. He smiles. “That’s not going to be a problem at all.”

Usyk told me a few months ago in London that Joshua didn’t hurt him in their first fight, although he admitted it was a tough fight. He was in the UK for a press conference to publicize the rematch but, after his promotional duties, Usyk sat down with some of us. It was surprising how open he was about the impact of the war on him as he reflected on the month he spent as a Ukrainian soldier.

Even more poignant, Usyk said: “My children ask: ‘Father, why do they want to kill us?'” The world heavyweight champion looked briefly helpless when, after a long pause, he said, “To tell them.”

I go back to that moment now and ask Usyk if, as the war rages on with no end in sight, his three sons still express that very human question. “They do,” he says, “but now I have the answer. I explain to my children that the Russians are trying to kill us because they are weak people. I also tell them that this is the same reason they are not going to win the war. We are stronger than them.”

He is still their father, so they must feel some fear and concern when he faces Joshua again. Will they see the fight? “I really trust my kids and it’s up to them if they watch the fight. And even if I tell them they can’t see it, they probably will anyway. I don’t want them to have to lie and say they didn’t see. I want to maintain that relationship of trust and be honest with them. I trust that they will know what is best for them and whether or not they see me fight.”

Usyk has made sure that all Ukrainians can see him against Joshua. He was willing to cover any financial cost to remove pay-per-view restrictions in the Ukraine, but a deal was soon made to make the fight available for free in his own country. “It’s great and it will show the connection between me and Ukraine. The fact that everyone at home can see it will inspire me.”

It is easy to imagine that Volodymyr Zelenskiy will be among those millions of viewers, given that Usyk is one of the most famous and revered people in Ukraine. Has Usyk talked to Zelenskiy recently? “Our president has a lot of work at the moment, so he is very busy with all the affairs of the country. But I’ll talk to him later and it will be an honor.”

Usyk has created a foundation in response to the war and speaks passionately about his work with UK-based sports NFT platform Blockasset. They have just released an exclusive digital art collection of 2,000 items in a bid to raise $2 million for the Usyk Foundation, which will support humanitarian aid for Ukrainians in need of medical care, shelter, and food. “It’s a great initiative,” says Usyk, “and the collection captures great moments from my career, like beating Anthony Joshua in London. They are totally unique assets to raise money for Ukraine.”

Does Usyk worry that the world is starting to forget about the war? “I think some people are not doing enough to help Ukraine. A lot of people are trying to hide and just wait until the war is over and hope it doesn’t touch them. But it is not possible because it will touch everyone in some way. We all need to pay attention to what is happening and do something.”

What has been the lowest moment for him since the war began? “All the time it has been really hard. I don’t want anyone to feel sorry for me, but the hardest moment was at the beginning of the war because he wasn’t with my family. Not being with my wife and children is the hardest thing for me. But I got through this because I prayed to God and I felt confident again.”

His family home in Vorzel was raided by Russian soldiers who used it as a base for a short time. Usyk emphasizes: “I have people rebuilding it, so everything is going to be fine.”

Such a conflict makes routine boxing consultations seem redundant even though another win for Usyk would have deep resonance for Ukraine. But will Joshua be desperate to win because a second straight loss would be a devastating result for him? “I’m just going to box like it’s a normal fight, so I don’t know anything about Joshua. But I will not be as good as any other time he has fought. I’ll be better.”

In the first fight there were times when it seemed like Usyk had the ability to even stop Joshua. Could he really win by knockout this weekend? “I’m not going to make predictions, but right now I need my dinner. I’m really hungry. My time is up.”

He says it politely but with the kind of conviction he carries in the ring. Our video call is about to end before I’ve had time to ask Usyk about any questions he may have about the fighting in Saudi Arabia, where the treatment of so many ordinary people is as cruel as it is deadly. No amount of sportswashing can obscure the executions and imprisonments that occur under a brutal regime. It’s a question Usyk hasn’t answered before, but now there’s no way to change it. The interview is over and he wants a break on the last night of his training camp.

The gravity of the Russia invasion has scarred him and clouds the logic that suggests Usyk should be too good once again for Joshua. The war means this is no ordinary world heavyweight title fight. Usyk could be even more motivated in the ring, fueled by his desire to win for Ukraine, or perhaps the cost of the conflict will lessen him.

His team has no doubt that his determination and strength are stronger than ever. Hearing again about the heat wave in Europe, Sergey Lapin, a key member of his camp, smiles: “It was 49 degrees in Dubai today, but you look at Oleksandr and you wouldn’t even notice. He is a warrior.

The Ukrainian warrior is about to leave for his last meal in Dubai, before flying to Arabia in the morning, but thanks for the interview, he says: “With the help of God, after this fight, I will return to my homeland. to Ukraine.”

Usyk raises his hand and in that grim moment he seems determined to return home to his family and his status as world heavyweight champion intact. 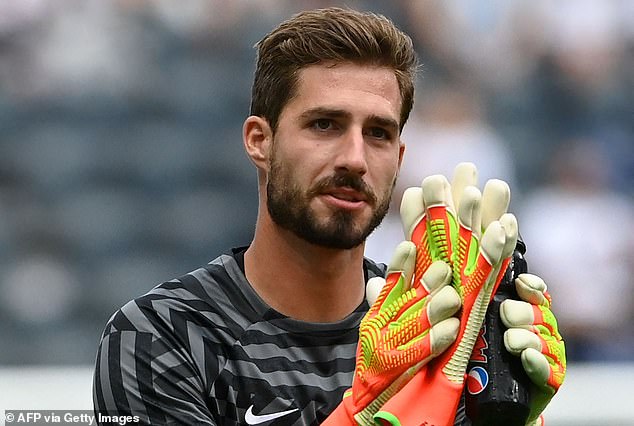 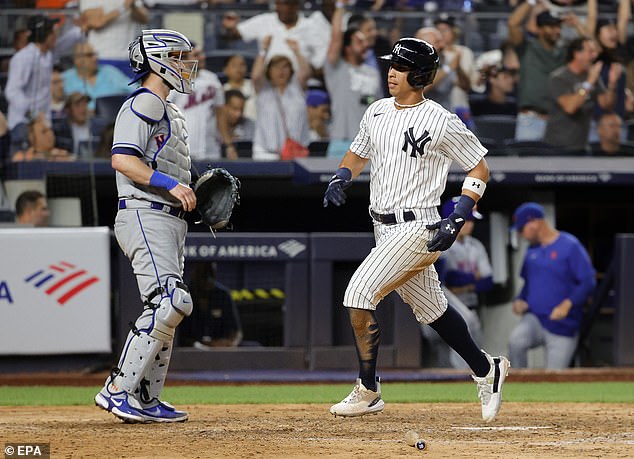