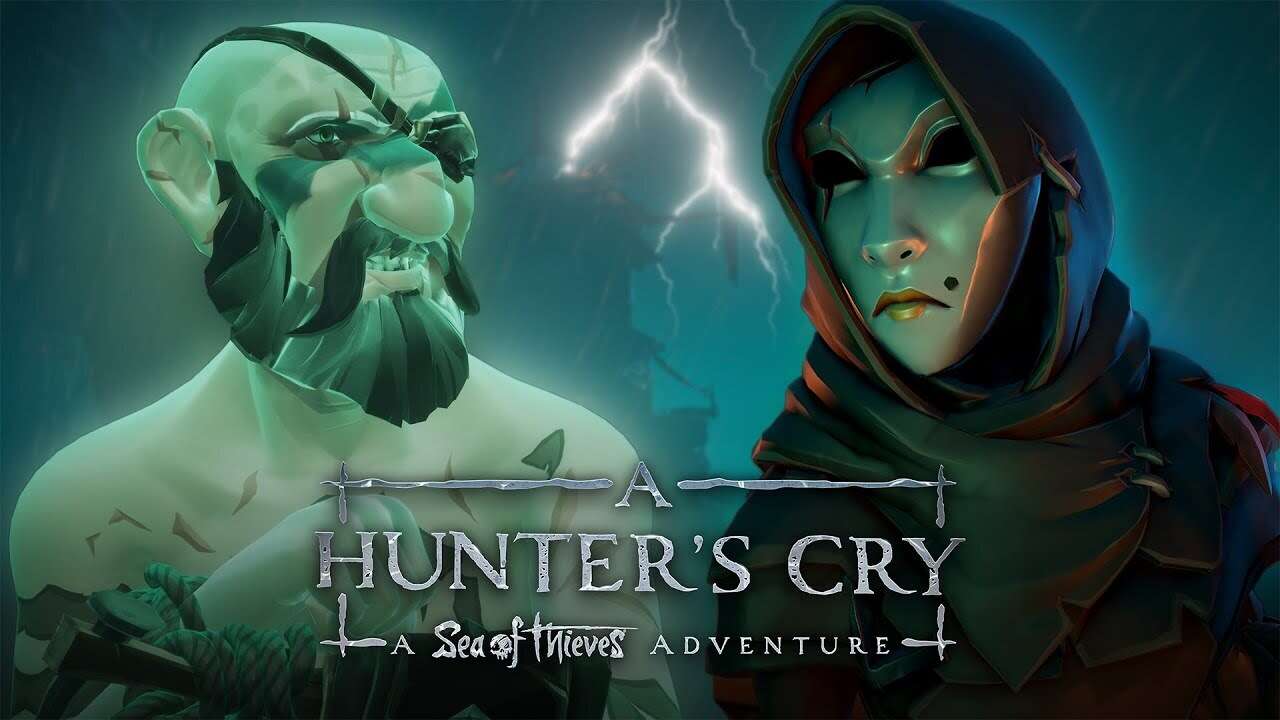 In Sea of ​​Thieves: A Hunter’s Cry, the game’s sixth limited-time story adventure, you’ll be tasked with a madcap rescue of Merrick, everyone’s favorite shark-bitten swordsman who was recently kidnapped by a group of never. -do-wells, the Dark Brothers. As always, the steps in this latest adventure can be a bit tricky, perhaps even more so this time, as a stopwatch is involved for a long section, and messing it up could force you to start over. Here’s everything you need to know about A Hunter’s Cry in Sea of ​​Thieves, including all the Deeds, Mementos, and how to solve the lighthouse puzzle.

Sea of ​​Thieves A Hunter’s Cry Artwork and Memories

There are six Deeds, or in-game challenges to complete if you want to earn all of the free cosmetics included in this story chapter.

Most of these come with a natural progression, so you’ll just want to make sure you defeat enough Ghost Ships to complete the episode’s only optional write-up. Completing all six feats will earn you the Defender of the Damned keepsake, while simply finishing the story mode will unlock a fancy new portrait of Merrick, Hunter’s Repose, for your captain’s ship.

Follow these steps to complete Sea of ​​Thieves Adventure 6 before September 1, at which point the episode and its limited-time cosmetic items won’t be obtainable forever.

Talk to Larinna, then the Pirate Lord, at any outpost

As always, the adventure begins by asking Larinna about it. She will tell you that there is no time for small talk and that you should talk to the Pirate Lord, who is waiting for you at the dock next to your ship. She talks to him and he will tell you your mission: venture into the Sea of ​​the Damned and rescue Merrick.

The Sea of ​​the Damned can be accessed by navigating through the unmissable glowing green portal near the outpost; it will only be there because you are actively playing this mission. Stock up on supplies, as you’ll soon be engaging in ship battles, then venture into the portal.

Talk to the Pirate Lord on your ship and then sink three ghost ships.

Once you’ve crossed the threshold into the Sea of ​​the Damned, the Pirate Lord will appear on your ship and tell you the next steps. You’ll need to get to the top of the Damned Sea Dog tavern, but it’s currently not in a position to allow such traversal.

You will need to repair the path to its maximum point by performing a series of tasks, and it is essential to know that this part is timed. If you are the first team to reach this region, you will be the one to activate the timer, which lasts about 45 minutes or so. If you arrive later, you will play with the timer running. This makes things tricky, as failure to reach Merrick before the timer runs out will result in a glitch and the need to start over from the beginning.

During this time, as you approach the island with the tavern, you’ll want to sink at least three ghost ships to complete the related feat. If you do that, the rest of the Facts will come naturally. When you’re ready to head ashore, dock near the southern lighthouse.

Take the Flame of Souls from the nearby brazier and enter the southern lighthouse.

Head to the dock and use your flashlight to capture the Flame of Souls from the nearby brazier, then take that light to the two unlit braziers at the bottom of the ladder leading to the locked lighthouse. Lighting the braziers will open the door, so go inside and then climb to the top.

turn on the beacon

Once you get to the top, you’ll want to turn on the lighthouse, then watch out for some enemy ghosts that will appear and draw their swords on you. Defeat them to give yourself a break again, then redirect the beacon’s light so it’s pointing directly at the brazier below it and to the right; It’s the only one, so you can’t miss it.

Head to the eastern lighthouse.

On this second lighthouse dock, you’ll want to repeat the process: light the braziers at the bottom of the stairs to unlock the door, go up the stairs, light the lighthouse, defeat the ghosts, and light another brazier in the middle building once more. . This will allow you to go up to the dock of this central island.

Go up the stairs and light the five braziers along the way.

On the central island, the puzzle is slightly different. You’ll want to climb the spiral staircase and light all five braziers along the way. This allows you to clear a blocked winch that you need to use to get into a rocky ladder. Once you’ve cleared the winch and dispatched the ghosts, turn the winch to open the door, then head up the stairs.

Light the brazier next to the broken bridge, then head back to the east lighthouse

You’ll come to a bridge you couldn’t possibly cross, so light the brazier to its left, which will reveal a second unreachable brazier on the other side of the gap. To light this up, head back to the east lighthouse and redirect the light to repair the bridge.

Go back to the bridge and continue down the path.

Now that you can cross the bridge, your next stopping point will be when you reach a broken mast hanging off the side of the mountain. Light the brazier next to it, which will once again reveal another unreachable brazier nearby.

Head to the northern lighthouse and go through the usual steps.

At the northern lighthouse, you can turn the beacon back on, defeat some ghosts, and spin the light beam until it illuminates the newly discovered brazier. Go back to the mast and keep going up the path.

Guess what? light another brazier

That’s right, you’ll eventually come to another brazier, so light it up, head back to the northern lighthouse, and redirect the light to turn this brazier off. Get back on the road once more.

Your back and forth routine is over, I promise. At the end of the now fully built path, you can turn a winch to lower a drawbridge, allowing you to save Merrick. A cutscene will appear where the Pirate Lord and the Blacksmith exchange harsh words. You will then respawn in your boat.

You’re almost done, but Merrick has a favor to ask of you. He talks to Larinna at any outpost and receives Merrick’s letter for his wife, Serick. She resides at North Star Seapost, (map grid H10) east of New Golden Sands Outpost.

Turning in this card will complete your quest and unlock the two limited-time cosmetics from this quest. You’ll be ready to take on Adventure 7, The Siren’s Prize, in September. 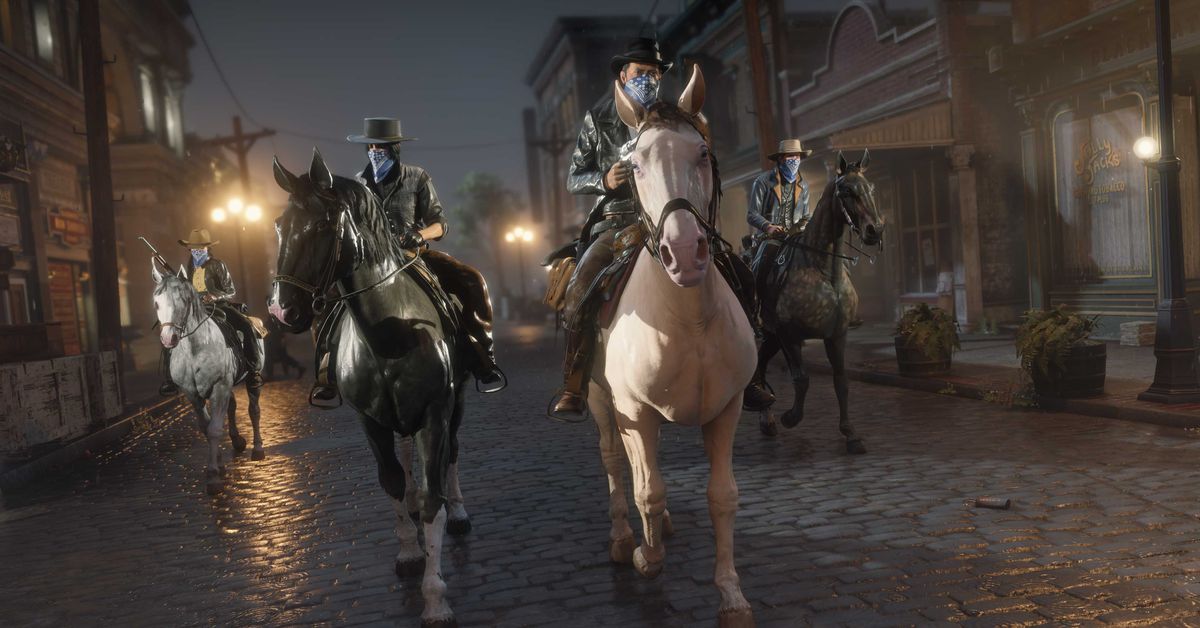